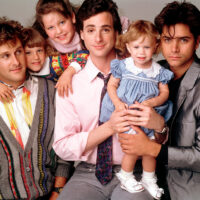 2022 started off difficult for many Americans when the unexpected news dropped on January 9th that Bob Saget was found unconscious in his hotel room in Florida following a comedy show, and pronounced dead on the scene. Bob Saget, a comedian, but famously known for his role as Danny Tanner on Full House, died at the young age of 65. The cause of death unfortunately remains unclear.

For those of us who grew up on Full House, and later, Fuller House, this news was especially devastating. If you have never seen Full House (first of all, get on Amazon Prime or YouTube immediately), it was a classic 90s sitcom about a recent widower, Danny Tanner, raising three young girls in San Francisco with the help of his brother-in-law, “Uncle Jesse”, and best friend, Joey. Full House chronicles the difficult parenting journey the three men share raising three little girls together, and teaches viewers many valuable lessons about parenting, love, family, and life in general. These are five of the most important lessons Danny Tanner taught us: