Top 5 Divorce Consult FAQs One of the things I love about family law is that every case is different. While the issues are often the same, what works for one family will not work for another. That being said, there are some questions that come up in almost all divorce consults. Below are… Read More » 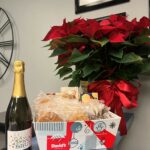 Why Did I Become a Divorce Lawyer?

Every lawyer that has practiced family law, divorce law, child custody law, etc., has been asked by a client, friend, family member, or colleague the same question: What made you want to be in this line of work? The practice of family law can be a difficult space for practitioners. Unlike other types of… Read More »

Determing the Equity in the Marital Home

In many divorce cases, one of the most valuable assets to be determined and divided is the equity developed in the marital home. For those individuals who have been making years and years of mortgage payments, a substantial amount of equity may have been acquired over time. But even those couples who have not… Read More »