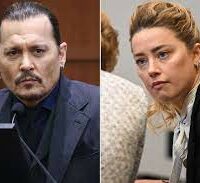 On April 12, 2022, Johnny Depp’s defamation case against Amber Heard began. Since then, there have been daily blogs, news stories, and thousands of memes. Depp is suing Heard for defamation for statements Heard made about being a victim of domestic violence in a newspaper article following the parties’ divorce in 2017.[1]

Many times during a divorce case, particularly one that is highly contested and ends up in litigation, one or both spouses say unflattering things about the other. Occasionally, I will have clients ask me about suing their spouse for these statements. What they’re really asking is can they sue their spouse (or former spouse) for defamation, which is exactly what Depp is doing. But what is defamation?

For the first prong, Heard made a statement that she was the victim of domestic violence to a newspaper. Although she did not actually name Depp in the article, Depp’s attorneys are arguing that it was so clear and implied that the statement was about Depp that the fact Heard did not specifically mention his name does not matter.

The second prong is a little trickier in this case. The simplest defense to a defamatory lawsuit is that the statements made were true. Part of Heard’s defense is that she was the victim of domestic abuse at the hands of Depp and therefore she cannot be guilty. If the court finds that abuse occurred, then Depp’s case will not be successful. If the court finds that abuse did not occur, then Depp will have satisfied the second requirement to be successful.

For the third prong, “legally at fault” depends on whether the Plaintiff is a private or public figure. A public figure must prove actual malice, which means showing that the Defendant (the person who made the statement) either knew the statement was false and made it anyway or that the Defendant acted with reckless disregard to the truth. If the Plaintiff is a private individual, the fault drops to a negligence standard. Hosmane v Seley-Radtke, 227 Md. App. 11 (2016). Depp is considered a public figure – so he will need to show that Heard acted with actual malice or with reckless disregard for the truth.

The final prong is damages. The Plaintiff must show that they were actually damaged by the defamatory statements made by the Defendant. Theoretical damages are not sufficient. Depp is alleging that because of Heard’s statements to the newspaper, he lost out on business opportunities and his reputation was damaged. Depp has alleged his damages are $50 million.

It will be interesting to see how the remainder of the trial plays out. The court of public opinion has very strong stances at this point, but there is still a lot of testimony for the court to hear before a determination can be made.

[1] Domestic Violence is very serious and any allegation should be taken seriously. This article is exploring defamation and takes no position on the merits of the pending case between Johnny Depp and Amber Heard.

[2] Depp’s case is taking place in Virginia, so the laws and requirements for proving your case may be different.

By Weinberg & Schwartz, L.L.C. | Posted on May 8, 2022
« Best Practices for Post-Separation Travel with Children
An Interview with a Process Server »