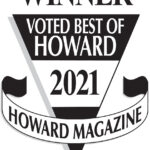 What Howard Magazine’s 2021 “Best of” Family Lawyer Means to Us!

Divorcing couples often assume that their house is their largest marital asset and focus their efforts on “who gets the house, do we sell the house?”   In doing so, they may overlook their second largest asset, which is their retirement account (and sometimes, these accounts are actually more valuable than their house!) Most assets… Read More »