Covid-19 has had a monumental impact on almost all aspects of life.  Many people have grown accustomed to working from home, going to school from home, and spending lengthy periods of time in quarantine.  With all of the regulations and protocols that are in place, how are parents supposed to follow their custody and… Read More » 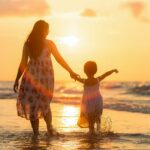 Maryland Parenting Plans and What They Mean to Parents

Parenting Plans are now a requirement for litigants going through the Maryland court system. A Parenting Plan is a written agreement between parents that sets forth their plan for raising their child(ren) in the child(ren)’s best interest.  The courts throughout the state now require parents to work on a Parenting Plan either with the… Read More »