Close Menu
X ~ Weinberg & Schwartz is very proud to have been voted ~ “Best of Howard County” for Family Law by the readers of Howard Magazine. Weinberg & Schwartz is a 5x winner of this award!
A Family Law Firm That Puts Families First
Columbia Family & Divorce Lawyer > Blog > Alimony > PRENUP UPHELD! Kelly Clarkson Protects 45 Million in Assets – But Did She Have to Worry About Her Premarital Property? 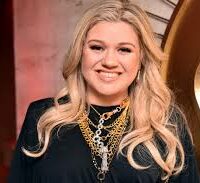