Divorce: A Time to Change Your Name? 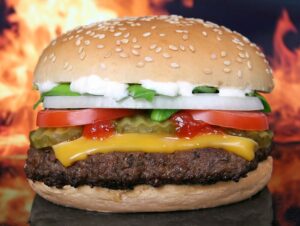 Changing your name, after all, is a way to reinvent yourself and to break with the past. Perhaps that’s what Sam Smith (I should say, formerly) of London, England was thinking when he changed his name to Bacon Double Cheeseburger. And why not? Everyone loves of a cheeseburger. It would certainly give him something to talk about dinner parties. Would the children be Classic and All-American? Would the Cheeseburgers vacation in the Bahamas just they could caption their Instagram selfies “Cheeseburgers in paradise!”

Perhaps formerly George Garret of Glastoberry, England (perhaps this is more of an English thing than an American thing?) went too far when he changed his name to Captain Fantastic Faster Than Superman Spiderman Batman Wolverine Hulk And The Flash Combined. To me, the question is where does his given name end and his surname begin?

There are many good reasons (not that Mr. Cheesebuger and the other one, Captain Combined, for short, I suppose, didn’t have good reasons) to change your name. For many people, name changes are about creating a stronger sense of family when couples marry or children are adopted or in the case of step children. Some name changes are political statements, such as Malcom X.

Increasingly, more men are changing their names when they get married. This is interesting to think about because, on the one hand, it seems to be more egalitarian since it rejects the view that only women should change their names. On the other hand, the man is still probably adopting a patrilineal name, which kind of defeats the purpose. And, same sex couples, for example, will sometimes mash their two surnames together to create an entirely new surname.

In Maryland, the law makes an important distinction between name changes and name restorations. A change is a change to an entirely new name and not incident to divorce or adoption (see Md. R. Spec. Proc. 15-901). A restoration, on the other hand, is return to a prior name, such as a maiden name, incident to divorce (see Md. Code, Fam. Law § 7-105).

Name changes are not procedurally difficult but do require some jumping through hoops. The State will want to make sure that you aren’t changing your name, among other things, for some “illegal or fraudulent purpose” (see Md. R. Spec. Proc. 15-901(c)(1)(E)). A name restoration, on the other hand, can be done by adding just one or two sentences to the ordinary paperwork filed during a divorce.

But, can you change your name to something entirely new at divorce? No. You can restore your name, but you cannot change it to an entirely new name in the divorce action itself. In that case, a name change would be separate matter that could be undertaken subsequently.

By Weinberg & Schwartz, L.L.C. | Posted on February 18, 2022
« Valentine, Galentine, Palentine and How it All Started
THE TOP 3 FACTORS THAT PLACE CHILDREN OF DIVORCE AT RISK AND HOW TO MINIMIZE THEM »