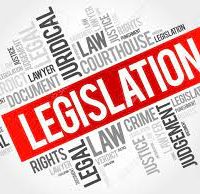 When parents are divorcing, or separating, or cannot agree on a custody schedule, they turn to the Courts to make a decision. So what does the Court do? In Maryland, the Court will hear all the evidence presented regarding what each parent believes is best for the child(ren). That may be in the form of testimony, documents,  or expert opinions, among other things. Once the Court hears all the evidence, the Judge is tasked with determining what is in the best interest of the child(ren). “Best Interest of the Child” has been the standard in Maryland for decades. It is, to the frustration of most parents, loosely defined and leaves the Judge the a lot of discretion. There are factors a Judge must consider, including:

This is certainly not an exhaustive list, and the Judge can give more weight to one category versus another depending on the circumstances, but it does provide guidance on what a Judge must consider. Of course, there are dozens of facts/factors that can go into each category, so it is really case dependent. But, since every family is different, keeping the focus on the child(ren) and what is best for them creates a flexible system that can handle the facts/circumstances of each family’s case individually. Although frustrating at times, the Best Interest of the Child standard has generally served children well.

But there’s now proposed legislation in the House that could change that standard. House Bill 947 proposes establishing a rebuttable presumption in certain child custody proceedings that joint legal and shared physical custody is in the best interest of the child(ren). It would not apply in cases where there are no allegations of abuse. The bill is currently sitting in committee, and may never make it to a final vote (or could not get passed). If the bill were to be passed, it would drastically change the way that family law cases are approached.

A ”rebuttable presumption” would mean that coming into a case, absent allegations of abuse of a child, the Judge would assume that having a fairly equal access schedule with both parents having the ability to make decisions for the child is in the child’s best interest. That assumption could be overcome by credible evidence, but the basic assumption is there. Right now, a Judge does not assume anything prior to hearing the evidence. That does not mean that, at least with regard to legal custody, most Judges won’t want each parent to have a say in how the child is raised, but they have to listen to all the evidence and, based on the evidence itself, determine if that is what is best for the child(ren).

There are of course cases where shared physical and legal custody are best for a child, arguably a majority of cases. But the legislation at present only carves out an exception for when there are allegations of abuse. It does not consider things like what if a parent has been absent from a child’s life, or one parent has a job that requires them to work hours that are not conducive to a child’s schedule, or where one parent takes actions that are detrimental to the child with regard to decision making. The list goes on.

As written, House Bill 947 presents a major change to how custody cases will be handled without necessarily providing enough guidance or exceptions as to how the presumption should be applied. If the bill moves forward, hopefully the committees will consider that in many cases children are caught in the middle and there needs to be additional safeguards to ensure that children are being put first. Family law practitioners will certainly reserve on positions regarding the bill until it is finalized, and the committees have, hopefully, given a little more guidance on how and when the rebuttable presumption would come into play.

We will certainly update you if the Bill moves forward.

Cases involving custody can be very difficult and the legal system is not the easiest to navigate. If you are in a custody dispute, or may find yourself in one, consult an experienced attorney in your state who can provide you with guidance on your state’s laws and how custody determinations are made.