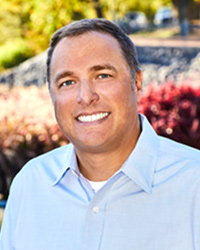 Mr. Dellinger is a member of the Maryland State Bar Association, as well as the Howard County Bar Association (HCBA), for which he served as a board member at large from 2014 to 2018. During that time, he served on the Judicial Nominating Committee of the HCBA and is a recipient of the 2013 and 2015 HCBA Service Award and the 2014 Presidents Award. He is formerly a member of The Honorable James Macgill American Inn of Court.

Mr. Dellinger has briefed cases and argued a case in front of the Maryland Court of Special Appeals. He was selected to the 2015, 2016, 2017 and 2020 Maryland Rising Star list. Prior to joining Weinberg & Schwartz, L.L.C., he was an Associate Attorney at Offit Kurman, P.A. from 2015-2018. From 2011 – 2015, Mr. Dellinger was an associate attorney at Silverstein & Ostovitz. Mr. Dellinger was the Law Clerk to the Honorable Judge Patrick Cavanaugh in Baltimore County.

Mr. Dellinger graduated from the University of Pittsburgh School of Law with a Juris Doctor degree, earning Semester Honors in his final semester. He was the recipient of the Dickinson College Scholarship at Dickinson College in Carlisle, Pennsylvania where Mr. Dellinger graduated with a Bachelor of Arts. While at Dickinson, he participated in the Study Abroad program at the University of East Anglia, Norwich, England.